Russian Dwarf Hamster – Everything You Need To Know 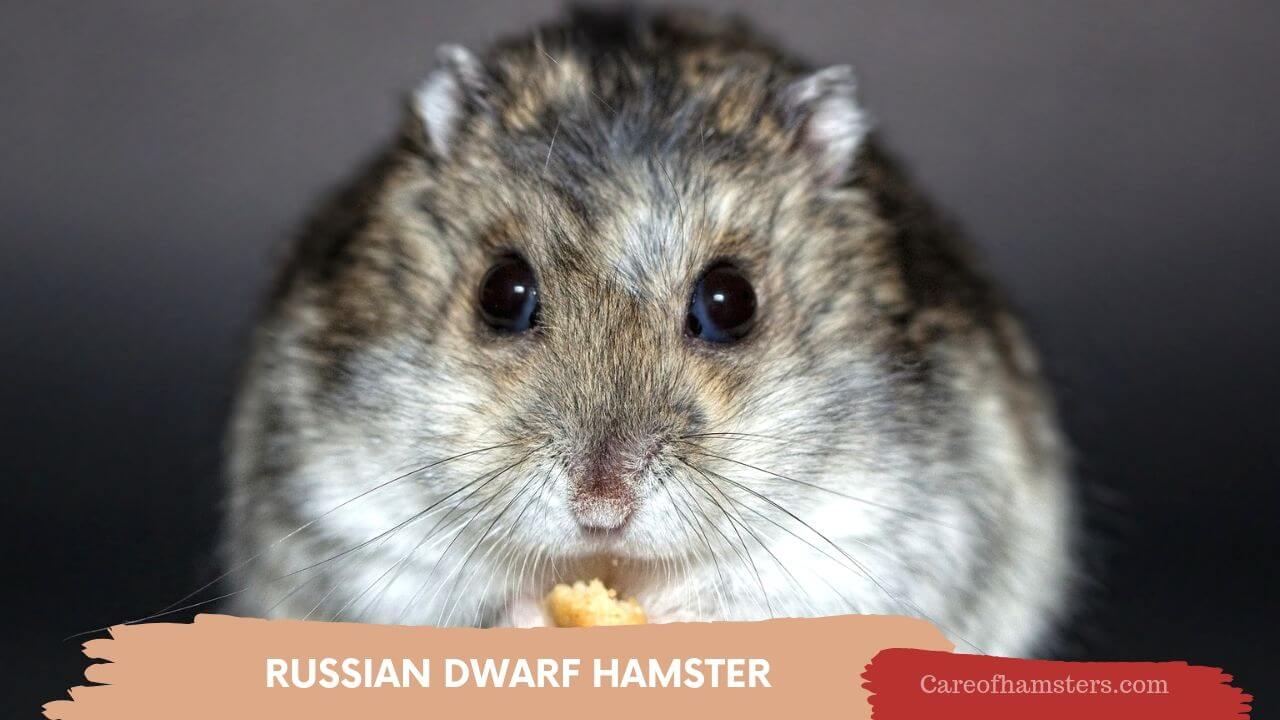 Hello hamster lovers or hamster owners to be. In this article we will look into species of hamsters called Campbell’s dwarf hamster (Phodopus campbelli) or also called Russian Dwarf Hamster.

The Russian dwarf hamster features a dark dorsal stripe along the skin where the spin should be. They love to exercise for a few days, and then take a break for a few days.

Since they are most active at night, it can be a little annoying to hear a spinning wheel when trying to sleep. Plastic wheels, which are less likely to rust and are easier to maintain, can help reduce noise.

Of course, worst comes to worst, the wheel can be taken out of the cage for the night. If the habitat has other ways to exercise, such as tunnels to run around in, the hamster can still get the fun he needs and you can get your sleep.

Russian dwarf hamsters live only 1 to 2 years. They are great if you don't want a long commitment, but it also means heartache comes so much sooner. These are the dwarf hamsters that can find strong-scented bedding, such as oak or some pines, to be deadly.

Most bedding designated for hamsters will not contain these materials. However, if you're still not certain, paper towels or toilet tissue can make perfectly fine alternatives.

How many kinds of Russian Hamsters are there?

The Winter White and the Campbell Russian are often mistaken for the same because they are about the same size 8 to 10 centimeters and their coloring is also similar.

The Roborovski hamster is the smallest of the three adults growing to only be about 4 to 5 centimeters.

What is so amazing about these little creatures is their ability to change color in the winter. In their native homelands, Winter Whites change from their normal dark gray coloring to white in order to camouflage themselves and escape from predators in the snow. It is a trait that has followed them even into captivity.

Why their color change is triggered by the amount of natural sunlight they receive on a daily basis. When the daylight hours get shorter, it triggers them to change to an almost all white color. When the main exposure is artificial light, they will most likely not change color.

The Campbell Russian dwarf hamster are also known as Eastern dwarf hamster because they come from a region in Mongolia called Djungarian. This is the type of hamster that is most common in pet stores. As they become popular, creative breeding has increased their color combinations and markings.

Now besides their wild nature color, they can now be found with spots, mottled, or even colors like cinnamon, black or even shades or blue or lilac.

If you plan on buying a dwarf Russian hamster then there are few things you should know.

First of all there are three types of dwarf Russian Hamsters : Campbell Russian, Winter White, and Roborovski Dwarf Hamsters. Don’t forget that even though they are closely related they all have many distinct differences as well.

Finding these hamsters will not be hard because they have been kept as pets in England and the United States since the early 1980′s.

Campbell Russian Dwarf Hamsters are usually brownish gray in color with a gray undercoat and white belly and a dorsal stripe running down their back.

Winter white Russians as the name suggests live in cold snowy climates, and they can camouflage in the surrounding environment.

These two hamsters can live to around two years, and with the proper dwarf hamster care they can live much longer. Since these dwarf hamsters are only three to four inches long they can easily be placed inside your pocket.

Roborovski Dwarf Hamsters are the smallest and most active members of the Dwarf Russian Hamster family, and the newest type to become popular as pets. The robos differ from there distant cousins because of their much longer legs and distinctive facial markings.  Their average lifespan is three to four years old.

How To Care For Dwarf Russian Hamsters

If you want to keep dwarf Russian hamsters as pets then you made a good choice because they are fairly easy to care for. All you need is a home (hamster cage) for your dwarf hamster, a wheel so they can exercise, toys to play with, and healthy fresh food that you can find in any pet store.

When purchasing a female dwarf hamster you need to be careful because the females are very hostile and could attack you if they are disturbed.

If you want to keep a pair or group of hamsters, males may be the better choice. Dwarf hamsters have been known to fight to the death, so if your hamsters begin to fight separate them immediately.

Like any hamster, Russian Dwarfs will bite when provoked. If you do get a pet hamster make sure not to give it a reason to attack you because if you scare them they will defend themselves.

Approach the cage calmly and slowly, and be sure your hamster can see your hand at all times.

Don’t forget that these dwarf Russian hamsters are nocturnal and are mainly active at night.

When your are looking to purchase or acquire a home for your pet, it’s a good idea to consider their small size to reduce the chance of escaping and creating a safe environment for them to thrive in.

The cage itself is easier to clean if it is non-porous. It should also be chew and escape proof.

If you are going to purchase a stainless steel wire cage home, make sure that the bars run horizontally as opposed to vertically. The bars should not be spaced any wider than 7mm or 1/3 of an inch. Providing closely spaced bars also helps reduce the possibility of your pet becoming stuck which can be an awful dangerous situation for your pet and an experience as a pet owner you want to avoid.

Avoid cages that have a wire floor as the wire can become hard on your pets feet and can cause injury.

Wooden cages are not easy to clean as the material tends to soak up liquids, making it difficult to clean and your pet can chew their way out to escape.

Smooth side work well as it becomes increasingly difficult for you pet to climb. Example of this are glass, plexi glass or strong plastic that is durable.

Dwarf hamsters can thrive in shoe box like plastic cages providing they are NOT TOO SMALL! These styles often have stainless steel snap on tops. There should be ample space for your pets water bottle and supplies.

Also take into consideration, that which ever habitat you decide to choose to house your dwarf hamster in, it’s a good idea:

Consider that a cage should always be large enough, that when you want to pick up your pet, you can put both hands freely inside the cage to securely pick your pet up and through the opening access.