Syrian Hamster: Are They Good And Friendly Pets? 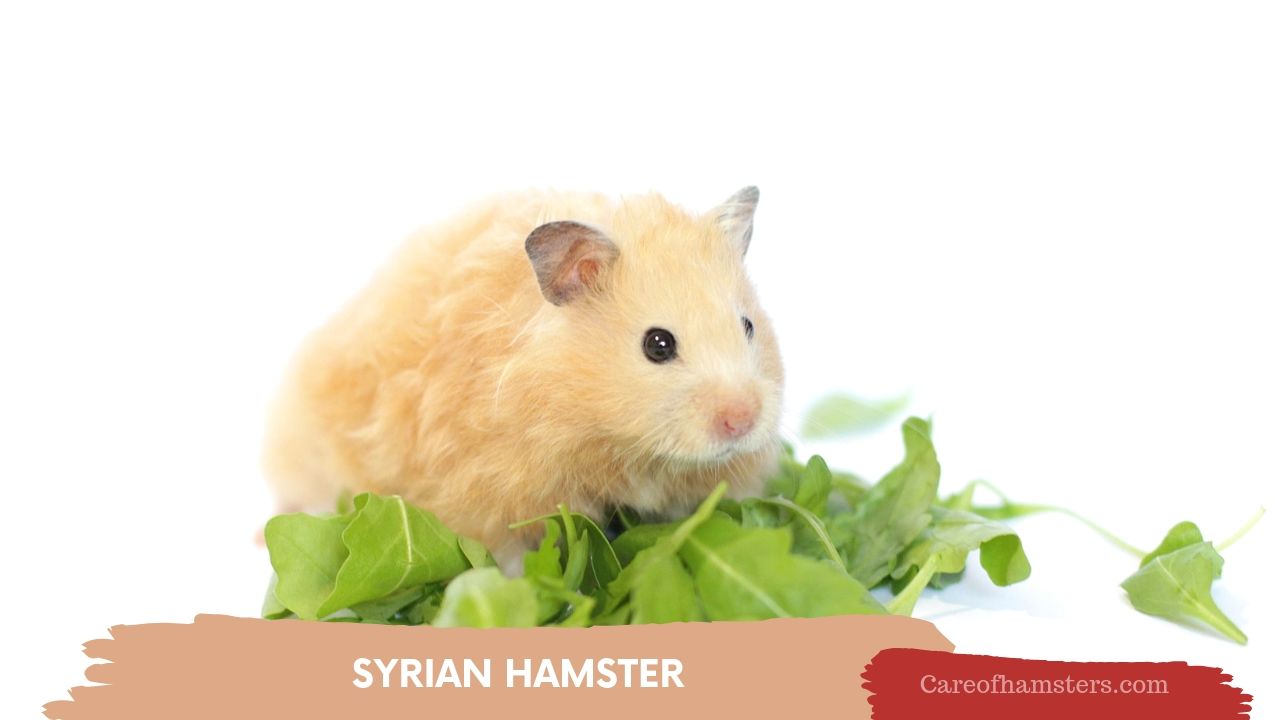 Syrian hamsters, is the largest breed of hamster found within the petting Industry. Due to the size of the Syrian hamster, there are many things which need to be taken into consideration and many issues which you would not have faced if you were keeping smaller breeds such as the Campbell's Dwarf or Russian Winter White Hamsters.

The Syrian or Golden Hamster, as it was originally known (golden refers to the colouring of the hamster when found in the wild but selective breeding for the petting industry has reduced its commonality) is one of the most kept pets around the world.

The history of the Syrian hamster can be traced back across the last 3 centuries but truly comes alive in 1920's Aleppo, Syria where the creature was firmly introduced to the world as part of the medical research industry.

I am happy to tell you that there is a happy ending to this story which sees the Syrian hamster in the homes of millions of people around the world.

All about the Syrian Hamster care

The Syrian Hamster really is ideal small pet for children and adults alike.

In order to provide first class care for your Syrian Hamster you must be committed to giving them lots of your time, love and attention as well as the highest standard of clean, comfortable living accommodation.

The Syrian Hamster is often referred to as the Golden Hamster due to its very golden colour.

Although the term golden isn't quite true as these hamsters are found in all colours including a mixture of brown, black, and golden which gave them their "golden" name - there are also many different mutations which have led to and even greater variety of colours like cream, white, black, blonde, cinnamon and even tortoiseshell.

Yet another additional name of the Syrian Hamster is that of the Teddy Bear Hamster, again probably due to its cuddly teddy bear looks!

Some people simply refer to this breed of hamster as the "common hamster".

As the name suggests the Syrian Hamster was discovered in, and comes from Northern Syria but is now bred all around the world.

These little hamsters are great fun and make fantastic pets, but like all pets require a little looking after to make them happy, healthy and full of life.

The average hamster has a short lifespan of only 2-4 years but with good hamster care the latter is normally the case.

Generally the number of wild hamsters are declining and have been put on the world wildlife status for conservation as "vulnerable".

There is however, a good system of breeding in captivity that sees the Syrian Hamster breeds thrive and increase.

Your average hamster will grow to between 5" and 7" long so correct domestic hamster cages must be big enough for the largest.

Your hamster will sleep a lot during the daytime and wake up after sunset ready to eat, play and generally sniff around late into the night.

There are hundreds of hamster cages to choose from on the market today. Most are more than suitable to ensure good Syrian Hamster care for your new pet.

But you must always try to buy the biggest and most interesting hamster cage you can afford in order.

A hamster cage with different levels, a hamster wheel for exercise and lots of places for them to rummage, to ensure your hamster care is the best for him.

Just make sure you get the largest cage you can!

It is generally accepted that it's not a good idea to put more than one hamster in a cage together.

Even if you had two Syrian hamsters from the same litter. It is almost guaranteed that they WILL FIGHT at some point.

Their teeth and jaws are very strong and be deadly to another hamster.

*It is possible that you might be lucky and have two submissive hamsters who are OK living together, but it's definitely not the norm for this to happen as one will try to be the boss and often becomes a bully. Which is not nice for the other poor hamster.

Use our Cage calculator to calculate how big of cage you need.

If you intend to keep hamsters as pets you must be prepared to do some work to ensure your hamster remains healthy.

This means giving them a nice clean cage to live in with fresh bedding for them to make a little nest.

So their litter and bedding areas must be cleaned out, washed thoroughly and dried off. Bedding material can then be added for them.

There are several types on the market today namely, wood chips and a biodegradable wood pulp.

The biodegradable hamster bedding is one of my favourites as it absorbs odours very well and you can also get it in a variety of colours! If you are able to get this stuff then grab it. It's well worth it.

Remember your hamster loves building stuff, especially little nests and tunnels so always add some crushed up paper [no ink please] some cardboard, a couple of straws and sometimes, even a small upturned box.

They will love you for it and be very happy while working away on their little home.

Your hamsters diet must consist of the best quality hamster food you can afford, and normally comes in two types.

A hamster diet using the pellet foods will give your Syrian hamster a complete, well balanced diet, however, hamster feed using pellets can be a bit monotonous for the poor fellow if that's all he gets..and some hamsters will refuse them.

I would suggest supplementing your hamster diet with other feeds to prevent boredom.

When choosing a mix seed hamster diet it's important to go for quality to ensure a varied amount of nutrients. The problem with seeds is you hamster can pick and choose his favourite bits which can lead to a lot of wastage.

I recommend mainly pellet feed but with a bit of seeds sprinkled over for variety. You can, of course, give him a variety of your own human food to also help supplement his diet.

Let him have some Fresh Foods and Treats

Your Syrian hamster can also have a variety of human foods, but remember to keep to healthy human foods and don't overdo it. Maybe 15% of his diet only. No junk food, just whole grains and fresh vegetables and fruits - all in moderation, and Avoid sugary treats.

Here is my treats list:
​
Remember - in moderation only