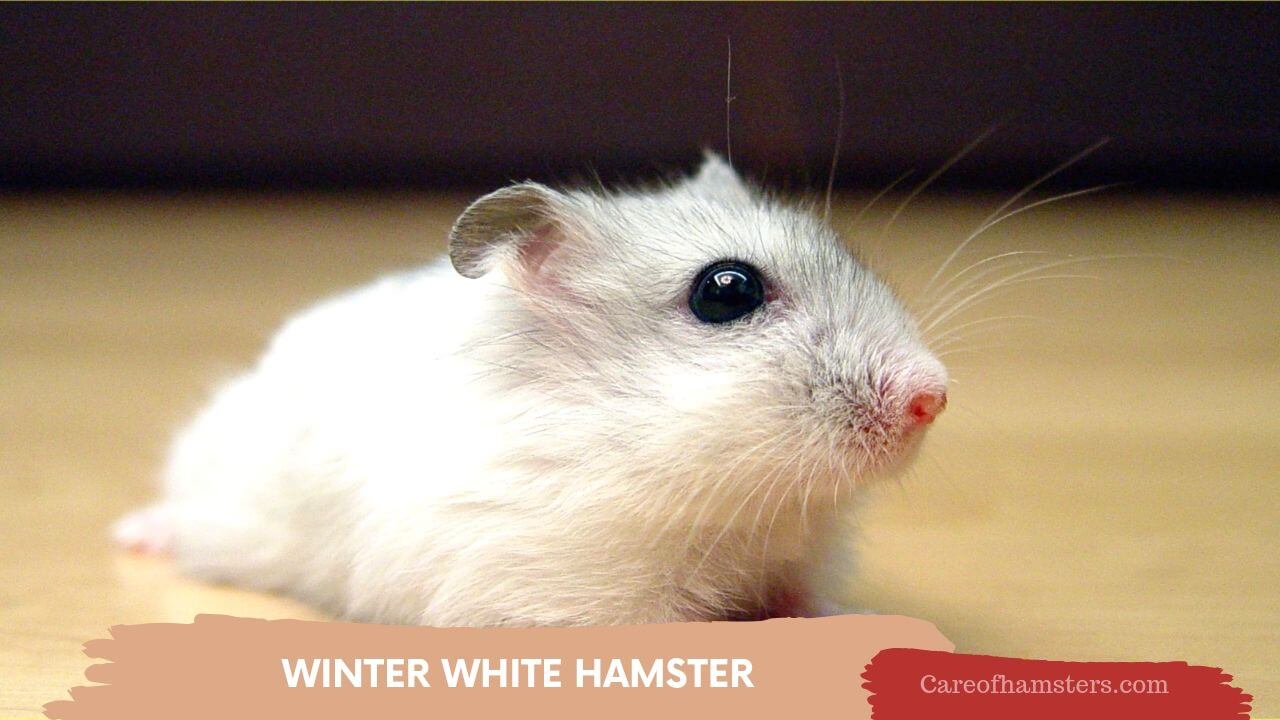 Winter White Hamsters also called Siberian hamsters, or Djungarian hamster. They are very small, measuring only slightly over 3" and weighing less than an ounce. Their average lifespan is 1.5 - 2 years.

The Winter White hamster was first discovered in the 1700's and later kept as lab animals in Germany during the 1960's. They were introduced in the United Kingdom sometime in the early 1970's and were soon being kept as pets.

During the winter months their fur changes color from dark gray to white, and that is why they earn the name Winter White. Some turn completely white, others not so much.

The Winter White hamsters can be difficult to handle due to their small size. They are fairly sociable and will get along well with others of its own kind, but there still may be an occasional argument between the hamsters.

Winter White hamsters are not as common as the Campbells Dwarf, but they are very similar, and often hard to tell apart. They were actually once considered to be the same species of hamster until scientists later agreed that they are indeed two different species.

Winter White hamsters are not found in pet stores very often, but are becoming more popular. They are easier to find through a responsible breeder.

Like we already mentioned - Commonly mistaken for Russian Dwarf Hamsters, these are actually a separate type of hamster altogether. The reason for the mistake is that both Siberian and Russian dwarf hamsters have that same stripe feature along the back of their spine.

Since Siberian dwarf hamsters are used to cold, they do have some behavior that is different. When it gets too cold for them, they start to curl up to keep warmth better. However, this is a temporary solution.

If your Siberian dwarf hamster is constantly doing this, it means the habitat is too cold and it's time to put it in a warmer location. Cold temperatures are harmful to any rodent, even ones that are adapted for it.

Siberian dwarf hamsters live longer than their Russian cousins. Like the robos, they live 1 to 3 years.